Double standards for the United States and Israel? 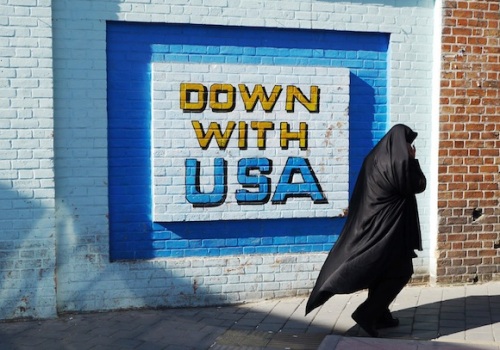 Daniel Cristea-Enache, the Director of Romania’s premier culture blog, Literatura de Azi, didn’t mince words in describing the double standards the European media (and, it seems, the public at large) tend to have towards the United States and Israel: “We criticize Israel but not the terrorists that decapitate journalists and put the decapitation videos on the net. We criticize the United States under the Obama administration but not Russia led by Putin. In general, based upon these very “courageous” criticisms, we are led to the conclusion that democracies are guilty of everything bad while totalitarianism, authoritarianism and terrorism are…. What are they, dear critics of the decaying Western culture? Ah, I know: Americans and the Jews are to be blamed for everything!”
My thoughts exactly! Daniel Cristea-Enache hit the nail on the head: there are double standards when it comes to judging Israel and the United States. At least this is my impression too, in reading the media coverage of the anti-Semitic backlash throughout Europe fanned by the recent conflict in Gaza, a subject that I addressed in a previous article on Literatura de Azi:

The question is why: Why are Israel and the United States being criticized for human rights violations far more than the authoritarian and fundamentalist leaders and groups that ruthlessly, and very publically, trample upon human rights and life?
I think that, for the most part, the reasons for these double standards differ for different agencies that launch the critiques. The extreme right (racist and neo-Nazi parties) and fundamentalist groups launch this critique based on power politics, rage and openly anti-Semitic and anti-American sentiments. The sanctity of human life in general doesn’t play much of a role in their rhetoric or actions.
On the other hand, the mainstream and leftwing media have more complex reasons for holding the United States and Israel accountable to higher moral standards than, let’s say, autocratic leaders like Putin or terrorist organizations such as ISIS. Some of these reasons I find valid, others I believe have an element of bad faith.

1. A smaller evil is often criticized far more than enormous crimes against humanity. As the French philosopher and biologist Jean Rostand once said, “Kill one man and you are a murderer. Kill millions of men and you are a conqueror. Kill them all and you are a God” (Thoughts of a Biologist, 1938). Stalin succinctly explained the logic of mass murder with impunity in the famous quote: “The death of one man is a tragedy. The death of millions is a statistic.” Like Hitler, he practiced what he preached. Those who do the most harm are often also the ones held to the lowest standards of ethics. At times they’re even glorfied as idols who lived and sacrificed others to create a better society or world.

2. Anti-Semitism is sometimes the spoken or unspoken reason for the unilateral attack on Israel for human rights violations that Arab nations or groups commit as well, often on a larger scale.

3. We judge democracies by higher moral standards than autocracies, totalitarian regimes and terrorist groups. I find a lot of validity in this. The United States has long been describing itself as the bastion of Western democracy in the world. Israel describes itself as “the only democracy in the Middle East”. These nations should be held to a high standard in their respect for human rights and democratic values. But that doesn’t mean that we should focus exclusively on their faults and violations of their own priciples. We should judge every nation and group by the same universal human rights and ethical standards.

4. We tend to focus on the most visible democratic nations. When I did some research for an earlier article about the Western response to the genocide by the Hutus of the Tutsi population in Rwanda, I was appalled to read that the Western media (and governments) largely ignored or downplayed what was happening. A million people were hacked to death and, during the worst period of mass murder, the world did next to nothing about it. France even supported the murderous Hutu faction (see http://literaturadeazi.ro/content/genocide-rwanda-me-against-my-brother-scott-peterson).

How much does the media and the public at large really care about human rights when one African group tramples upon the human rights of another African group (as was the case in the genocide in Rwanda) or when one Arab group or nation violates the human rights of another? The answer is: not much, and certainly not as much as when Israel or the United States happen to be the culprits. We tend to hold the most visible democratic nations responsible for their human rights violations while turning a blind eye to—or at least not caring as much about–what happens in countries ruled by dictatorships, radical extremists or totalitarian regimes. If we truly care about human rights, we should indict any country or group that violates them, not just the United States and Israel.

Comments Off on Double standards for the United States and Israel?