Hitler’s 1936 Berlin Olympics: Review of The Boys in the Boat

In 1936 Hitler held the Summer Olympics in Berlin, having won the bid for the event over Barcelona. He spared no expense to impress the world with the prowess and superiority of Nazi Germany. He built six gymnasiums, numerous arenas and an enormous track and field stadium (state of the art for its time) with a capacity of 100,000 seats. He commissioned his favorite filmmaker, Leni Riefenstahl, to create a documentary about the event, called Olympia, which highlighted the talent of the German athletes. The groundbreaking film employed many new techniques that would become the staple of documentaries on athletic events: including extreme close-ups, smash cuts (abrupt changes of scenes without transition), and unusual camera angles that captured the viewers’ attention. Olympia received high praise, internationally.

Daniel James Brown’s new bestselling book, The Boys in the Boat: Nine Americans and Their Epic Quest for Gold at the 1936 Berlin Olympics (New York: Penguin Books, 2014) captures this historic event from an American perspective. The book focuses in particular on the point of view of Joe Rantz, a poor boy from Seattle abandoned by his father and stepmother at a young age and left to fend for himself.

Brown’s prose, reminiscent of another bestseller about this era—Laura Hillenbrand’s Unbroken—captures with simplicity, eloquence and pathos Joe’s tribulations with his dysfunctional family; his long-lasting love with Joyce, his loyal teenage sweetheart, and the arduous practice with his teammates in preparation for the Olympics.

Offering an engaging perspective on the sport of rowing and a slice of life into the Great Depression in the U.S., The Boys in the Boat also captures especially well the moment in European history when the Nazi regime consolidated power and gained international recognition.

By 1936, Hitler had already instituted the Nuremberg Race Laws in Germany. In 1935, at the annual Nazi party rally held in Nuremberg, he had announced laws that defined the racial concept of a “Jew” and a half-Jew”, excluded German Jews from citizenship, prohibited them from marrying or having sexual relations with Aryans, and imposed numerous economic sanctions and restrictions on German Jews.

The implications of the Nuremberg laws extended to the 1936 Olympics. Hitler desired to ban Jews and black people from the Olympic games. The official Nazi newspaper, the Volkischer Beobachter, explicitly declared that these groups should not be allowed to participate in the Olympic Games in Berlin. Once several nations objected to this racism and threatened to boycott the Olympics, however, Hitler relented. He abandoned the racial prohibitions at the event and even allowed a half-Jewish German woman—Helene Mayer—to participate on the German team. He also ordered the temporary removal of discriminatory signs such as “Jews not wanted” from the streets of Berlin.

The Boys in the Boat delves into Nazi history and propaganda, even capturing the mutual attraction–as well as the tension and competition for Hitler’s favor–between filmmaker Leni Riefenstahl and Joseph Goebbels, the Nazi Minister of Public Enlightenment and Propaganda. Notorious for his voracious sexual appetite and affairs with young movie stars, Goebbels tries to seduce Riefenstahl following their flirtatious interactions. In several dramatically described episodes in the book, Riefenstahl rejects his advances and even complains to Hitler about his interference into her filming of the Olympics. Nonetheless, the author makes it clear that the talented filmmaker and the lecherous Minister of Propaganda share a common goal. Like Hitler, they want to see the triumph of the German athletes.

To the readers’ delight, their desires are frustrated by the unexpected victory of the underdogs. The American team wins despite all odds: despite the fact that two of their rowers fell ill before the race; despite the fact the home crowds cheered for Germany, and despite the fact they were given the worst lane. Italy gets second place and Germany comes in third. In some ways, the American athletic victory is conveyed not only as the personal triumphs of Joe Rantz and his teammates, but also as a political victory over Nazism of sorts, as Hitler is described leaving the balcony in fury over his country’s loss. The Boys in the Boat thus transforms an American personal interest story into an unforgettable part of world history.

Comments Off on Hitler’s 1936 Berlin Olympics: Review of The Boys in the Boat

Hitler’s ban on modern art: The “Degenerate Art” exhibit of 1937

Hitler’s Ban on Modern Art: The “Degenerate Art” Exhibit of 1937

Artistic and political freedom usually go together. “Where books are burned, people are burned,” declared the poet Heinrich Heine, almost prophetically, as if anticipating the destruction of art and literature by the Nazi regime. Indeed, regimes that restrict art tend to also restrict the freedom of speech, the press: practically all areas of society and culture. This holds as true for today’s tyrannies as it did for the totalitarian regimes of the 20th century. Not surprisingly, ISIL—the terrorist organization known as the Islamic State of Iraq and the Levant, which is responsible for publicized beheadings of innocent civilians, burning or stoning people to death, kidnapping, rapes and murder, has implemented a sharia school in Mosul, a city it controls in Northern Iraq, where it banned the teaching of art, music, history and literature.

During the Stalinist and post-Stalinist regimes in Eastern Europe, Communist states instituted the reign of Socialist Realism in culture. All artistic fields—the visual and plastic arts, music, theater, film, dance and literature—became subordinated to the goal of glorifying Communist ideology and the “workers’ revolution.” In reality, of course, this meant reducing culture to a personality cult of the tyrant in power, stifling creativity and expression.

The Nazis went a step further. To spread Nazi ideology throughout German society and culture, Hitler essentially banned most modern art, which his regime called “degenerate art” (“Entartete Kunst”), viewing it as a product of Jewish or Communist cultural corruption. Ironically, the term “Entartung,” or “degeneracy”, was coined in 1892 by the Jewish author Max Nordau. It referred to the atavistic, degenerate traits of “born criminals”. When the Nazis came to power, they used the concept of “degeneracy” to describe all aspects of culture that they considered to be contaminated by “the perverse Jewish spirit” and could corrupt the Aryan race.

By 1937, the works of Europe’s most famous modern artists—Dadaists, Post-Impressionists (including Henri Matisse and Vincent Van Gogh) Expressionists (Wassily Kandinsky, Paul Klee, Marc Chagall) and Abstract Expressionists (Pablo Picasso) as well as some of the world’s leading modernist writers, such as Ernest Hemingway and Thomas Mann, were purged from museums, libraries and private collections. Over 5000 modern works of art were confiscated.

In 1937, the Nazis, under the cultural leadership of Adolf Ziegler, head of the Reich Chamber of Visual Art, and Joseph Goebbels, Reich Minister of Propaganda, created a travelling exhibit devoted to mocking so-called “degenerate art”. It was first held in Munich on July 19, 1937, then moved around to cities throughout Germany and Austria.

A large and imposing portrait of Jesus greeted the crowds. The modernist paintings were strewn around haphazardly and often left unframed, sometimes hanging only by a cord. Signs posted next to them expressed slogans intended to undermine their value, such as “Revelation of the Jewish Racial Soul,” “An Insult to German Womanhood,” “The Ideal—cretin and whore,” and “Nature as seen by sick minds.”

As Carole Strickland explains, “The object was to discredit any work that betrayed Hitler’s master race ideology; in short, anything that smacked of dangerous free-thinking. Nazi leaders considered Modernist art so threatening they prohibited children from the show and hired actors to roam the halls loudly criticizing modern art as the work of lunatics. … Price tags displayed how much public museums had paid for the works with signs “Taxpayer, you should know how your money was spent.” (The Annotated Mona Lisa, Andrew McMeel Publishing, Kansas City, 1992).

The plan to undermine modern art at the 1937 Munich “Degenerate Art” exhibit backfired. The exhibit of modernist works was, despite the heavy attack, extremely popular, attracting three million visitors. Unfortunately, in 1942 the Nazis succeeded in burning, in the gardens of the Galerie Nationale du Jeu de Paume in Paris, countless modernist works by notable artists such as Picasso, Klee, Leger and Miro. Their hatred of modern art, however, didn’t prevent them from exploiting it for financial gain. The Nazis looted museums and private collections throughout occupied Europe as a means of enriching their regime while impoverishing European culture.

Comments Off on Hitler’s ban on modern art: The “Degenerate Art” exhibit of 1937

Holocaust Memory: Beyond the Jewish Genocide 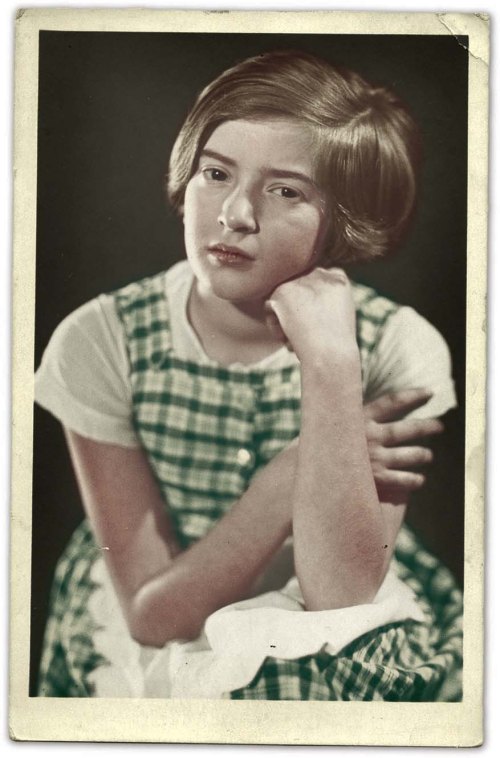 The Holocaust refers to the genocide of nearly 6 million Jews by the Nazis and Nazi collaborators. There is no doubt that the Jews were singled out for systematic extermination. However, it is also important to keep in mind that the Nazis murdered or sent to slave labor camps millions of non-Jews as well. Over 3 million Russians died as prisoners of war and in concentration or labor camps established by the Nazis.

Max Hastings documents that by February 1942, “almost 60 percent of the 3.35 million Soviet prisoners in German hands had perished; by 1945, 3.3 million were dead out of 5.7 million taken captive. (Inferno, 488). A large percentage of Russian civilians sent to Nazi forced labor camps—170,000 out of 2.77 million workers—perished there, along with large numbers of Polish and Italian prisoners of war. (Inferno, 489).

The Nazi policy of deliberately starving the inhabitants of conquered territories—in Holland, Poland and the Soviet Union–in order to channel food and supplies to their soldiers and to native Germans led to the slow and painful deaths of millions of innocent people. Their deaths, and their suffering, are part of the Holocaust and should also be commemorated and remembered.

Auschwitz statistics tell a grim story about the Nazi regime’s countless victims. According to Max Hastings, out of the over one million Jews who arrived at the camp only 100,000 survived, against all odds. Only half of the non-Jewish Polish prisoners survived in the camp. By the end of August 1944, when the Gypsy camp was liquidated, only 2000 out of the 23,000 Gypsies incarcerated at Auschwitz made it out alive. (see Inferno, 486).

Ruth Maier, a young Jewish Austrian woman, considered this more universal dimension of the Holocaust shortly before she herself was sent to die in Auschwitz:

“If you shut yourself away and look at this persecution and torture of Jews only from the viewpoint of a Jew, then you’ll develop some sort of complex which is bound to lead to a slow but certain psychological collapse. The only solution is to see the Jewish question from a broader perspective… We’ll only be rich when we understand that it’s not just we who are a race of martyrs. That beside us there are countless others suffering, who will suffer like us until the end of time… if we don’t … fight for a better…” (cited in The Diary of Ruth Maier, translated by Jamie Bulloch, Vintage Books 2010).

Ruth didn’t finish her sentence. She perished in Auschwitz on December 1, 1942. In 2010, her diary appeared in an English translation by Jamie Bulloch under the title of Ruth Maier’s Diary: A Jewish Girl’s Life in Nazi Europe. Some have compared her writing to that of Hannah Arendt and Susan Sontag. Others have likened it to the journal of Anne Frank. Indeed, her diary offers not only an eloquent individual testimony about the Holocaust but also an important universal message: The Holocaust targeted Jews first and most, but the Nazi ethnic cleansing touched millions of lives and would have annihilated entire peoples and nations had Hitler realized his evil dreams. Ethnic hatred poisons the lives of countless people, often reaching far beyond the victims it isolates and targets first.

Comments Off on Holocaust Memory: Beyond the Jewish Genocide